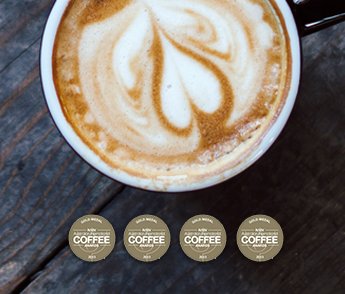 The city of Melbourne is a city of unique juxtaposition. Buildings as historic as Flinders Street Station across the road from the divisive architecture of Federation Square. It is a city that has never let go of its heritage, whilst simultaneously embracing other ideas and cultures to become a melting pot and the world’s most liveable city. One of the most unique elements in Melbourne has been the culture of coffee. We at Coffex Coffee examine the origin of coffee in Melbourne to discover, how it has flourished into one of the city’s most famous qualities. And it all starts with alcohol…

Refuse Booze and Choose Coffee: Rise of the Coffee Palace

It is the 1880s. In response to drunkenness, antisocial behaviour, and drinking in excess, a social movement, known as the Temperance movement, saw more and more people abstaining from alcohol. The move away from alcohol meant the move away from pubs. Where then will people go to socialise? Enter the coffee palaces. In 1888, one such palace was built on Collins Street. The Federal Hotel and Coffee Palace was erected, an enormous four storey, architectural marvel constructed in the Second Empire style. To put the scale into perspective, the hotel contained 370 guest rooms and a penthouse suite located in the tower. It became a social hub in Melbourne, and coffee culture started brewing.

The Introduction of Espresso and Café Culture

In 1890, the Baring Crisis led to Australian bank crashes, and coffee palaces found themselves struggling. Booze returned to the scene, but the taste for coffee remained. The 1930s saw the introduction of the espresso. Before that, all coffee was percolated, and tea was still favoured. But the espresso machine found its way into Melbourne businesses and coffee flourished.

The end of the second world war, gave rise to the adoption of European Coffee culture in Melbourne. Tea took a back seat to coffee lounges, and by the 1960s espresso bars were where many migrants to Australia socialised. Despite the momentum that coffee had developed, the Federal Hotel and Coffee Palace was declining in popularity, and the building was demolished in 1973. It remains one of Melbourne’s greatest losses. But coffee was and is now everywhere.

The Coffee Scene in Melbourne Today

The sense of community that once occupied the Federal Hotel and Coffee Palace now occupies cafes throughout greater Melbourne. Coffex Coffee Roasters have been roasting coffee beans in Brunswick since 1959. Having been a part of Melbourne’s coffee scene, we understand that coffee culture isn’t just established, it’s booming. Selling coffee for businesses we’ve witnessed new restaurants, cafés, bars, pubs, and lounges all taking part and pride in delivering quality coffee. Melbourne’s baristas are some of the best in the world and hail from across the city. With over a century of history behind us, Melbournians have not only the taste for coffee, but also a knowledge and literacy of coffee flavours. And we, as a city, continue to develop and source the best coffee beans brisbane, methods and equipment to make Melbourne one of the coffee capitals of the world.