The Basics of Adrenal Fatigue 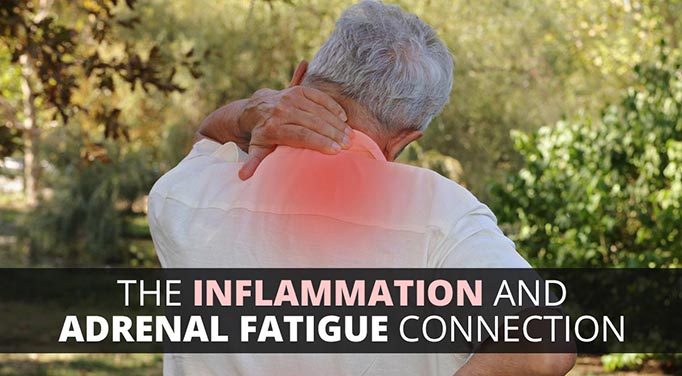 Stress is an extremely common factor in everyone’s life today. Your body has a mechanism for dealing with it, but the continuing bombardment of stress many people experience can overwhelm this mechanism. And if the mechanism gets overwhelmed, the result can be adrenal fatigue.

Because of the presence of so much stress in many people’s lives, they can develop a condition called Adrenal Fatigue Syndrome (AFS). This condition has many nonspecific symptoms that can become debilitating. Fortunately, adrenal fatigue nutrition, adrenal fatigue vitamins, and supplements for adrenal fatigue can be used to remediate the condition.

Unfortunately, conventionally trained physicians are not taught about adrenal fatigue except indirectly when studying conditions such as Addison’s Disease. Due to this lack of knowledge and to laboratory findings that are either normal or only slightly outside the normal range, most people with adrenal fatigue are not evaluated or remediated properly. Thus, they suffer unnecessarily.

Symptoms such as having a hard time concentrating, feeling tired even after sleeping, insomnia, anxiety, and brain fog are often put off to you feeling the effects of stress. You may be told to calm down and relax, or you may be given medications for depression.

The underlying condition is never addressed and your symptoms worsen

Adrenal Fatigue Signs and Symptoms
A feeling of fatigue, even after sleeping all night
Difficulty concentrating, brain fog
Weight gain around your mid-section and difficulty losing it
Susceptibility to long-lasting infections
Decreased sex drive
Wired but tired feeling
Food cravings, especially salty or sweet foods
Increased PMS feelings in women
Hard to get up in the morning
More energy, feel better when on vacation or not under stress
Hypoglycemia
Lower body temperature

These and many more are typical of adrenal fatigue. Any single one, or even two or three, may not be indicative of AFS, but if you see a pattern of several of these symptoms, you should consider adrenal fatigue as a possible cause. A combination of several of them, especially if you are under continuing stress, indicates your body is not able to handle stress adequately.

Role of the Adrenals in AFS

Sitting on top of the kidneys, the adrenal glands are small in size, but large in their ability to help you handle stress. When stress hits your body, regardless of the source of stress, you automatically respond in the same way.

Stress sets in motion the hypothalamic-pituitary-adrenal (HPA) axis. The end of this stimulation is your adrenal glands secreting cortisol, the stress-fighting hormone. Under normal conditions, once the stress is over, your adrenals return to a homeostatic or resting condition. Unfortunately, stress in the world today doesn’t seem to stop. This continuing stress leads to more and more burden on your adrenals to secrete cortisol to fight the effects of stress. In time, adrenal fatigue sets in and insufficient amounts of cortisol are produced.
This is when the symptoms of AFS typically start.

Sufficient levels of cortisol protect your body from the effects of stress. When there is not enough cortisol produced due to adrenal fatigue, a number of health issues result. Some of these are:

Under stress, your body activates a stress response called the NEM stress response system. This system is made up of six circuits that regulate how you handle stress. Each one is governed by a set of organ systems. These circuits include the cardiotonic, hormonal, inflammatory, detoxification, neuroaffective, and metabolic circuits.

Knowledge of this NEM stress response and the circuits in your body allows comprehensive evaluation and remediation efforts. This allows medical providers to adequately help you when you develop adrenal fatigue.

Once you come under unrelenting stress that leads to AFS symptoms, your condition progresses through several stages as your body decompensates.

Stage One. Also called the early fatigue stage, it is here your body sounds the alarm that stress is present and beginning to lead to symptoms. The cascade of hormonal responses begins in your body. ACTH increases, your adrenals secrete cortisol and epinephrine, and DHEA decreases most of the time. Some feelings of fatigue begin, but you are able to continue typical daily activities.

Stage Two. In this stage, your adrenals are overburdened and not able to secrete sufficient cortisol. ACTH remains high. Symptoms such as insomnia, anxiety, irritability, and frequent awakenings at night are present. PMS and irregular menses begin. Fatigue increases but can be handled with a nap.

Stage Three. Constant mild to moderate fatigue becomes chronic. Total cortisol and ACTH are both decreased below normal. In this stage, your body has significant issues with many of the circuits of the NEM stress response, leading more and more symptoms. Your body is becoming more concerned with maintaining life. This leads to severe lack of energy and feelings of great fatigue.

Stage Four. Your adrenals are completely exhausted. Your symptoms are beginning to approximate those of Addison’s disease and are breaking down physically and emotionally. If the symptoms are not addressed adequately at this stage, they could lead to debilitation and even death.

The chronic stress encountered so often by people in today’s culture stimulates the cascade of hormonal and other reactions that can lead to adrenal fatigue. The symptoms of this condition can lead ultimately to physical debilitation and even death. Unfortunately, the condition is not always adequately evaluated or remediated. Adequate remediation will include supplements for adrenal fatigue, appropriate adrenal fatigue vitamins, and good adrenal fatigue nutrition.

Adrenal fatigue is becoming a more common condition due to increasing and unrelenting stress in our culture. It begins with an automatic bodily response to stress from any source that sets in motion a cascade of hormonal and biochemical responses that ends with secretions of cortisol by the adrenal glands. Cortisol is an important stress fighting hormone that helps your body deal with the effects of stress. When stress continues, the adrenals can become fatigued and unable to produce sufficient amounts of cortisol. In this condition, symptoms of AFS begin. Some of those symptoms include constant feelings of fatigue in spite of sleeping all night, insomnia, variations in blood sugar levels, difficulty concentrating, brain fog, the tendency to gain weight around the middle of the body and have a difficult time losing it, depression, and anxiety. AFS progresses through four stages, each one building in severity on the ones preceding it. In the final stage, debilitation and even death may occur.

Michael Lam, MD, MPH, ABAAM, specializes in nutrition and anti-aging medicine. He received a Bachelor of Science degree from Oregon State University and a Doctor of Medicine degree from the Loma Linda School of Medicine in California. He also holds a Master of Public Health degree, as well as board certification from the American Board of Anti-Aging Medicine. Dr. Lam has been a board examiner with this professional board, as well. He has performed pioneering work in using non-toxic, natural compounds in healing age-related degenerative health conditions.

Dr. Lam has accomplished two major firsts in medicine: Describing the term ovarian-adrenal-thyroid (OAT) hormone axis and its imbalances and scientifically tying in AFS as part of the neuroendocrine stress response system of the body. An international best-selling author, Dr. Lam has established a free, educational web site detailing evidence-based alternative medicine for healthcare professionals. This website contains the world’s most comprehensive library of information on AFS.